Theatrical Outfit, Atlanta's second-oldest professional theatre, announced at the end of August 2019 that the board of trustees had voted unanimously to name Matt Torney as its new Artistic Director. Torney assumed the role in July 2020 when Tom Key completed his 25th year at the helm of this downtown theatre.

Torney has led Theatrical Outfit over the last few months in returning audiences to the theatre, at first virtually, and when it's safe again, in-person! There's a LOT of programing coming up and Torney graciously granted me an interview to introduce him to wanderlust ATLANTA fans and followers and to share a bit about the upcoming programming.

(NOTE: This post is a combination of my conversation with Matt Torney, personal comments, and press releases. Torney's responses are not verbatim, but are edited from a conversation I had with him. I have endeavored to be as accurate as possible. I can honestly say that I am incredibly excited about what he is and will bring to Theatrical Outfit, a personal favorite.)

wanderlust ATLANTA: Share with us a little about where you're from and how you came to Atlanta.

Matt: I'm originally from Belfast, Ireland. I was there in the 1980s and '90s during the second half of troubles there...it was hard to make sense of it all and it sucked up all of your energy. As a young person with no interest in politics, art and theatre became my escape. My friends and I would go to plays—there was extraordinary theatre and writing—and do workshops.

I moved to Dublin, Ireland, to study theatre and English literature. In 2006, I moved to New York City and studied at Columbia University for three years then returned home and was freelancing across the Atlantic.

I found myself curious about theatre communities outside of New York City. I'd seen the they each have their own flavor, their own feeling, and I was struck by the D.C. audience. In search of a deep immersion in regional theatre, in 2015 I moved to Takoma Park, Maryland, on the northeast border of D.C. and became the Assistant Associate Director at Studio Theatre in northwest DC near Logan Circle.

A few years later, wanting to lead a theatre led me to Atlanta. I'm excited about the new programming and upcoming season! 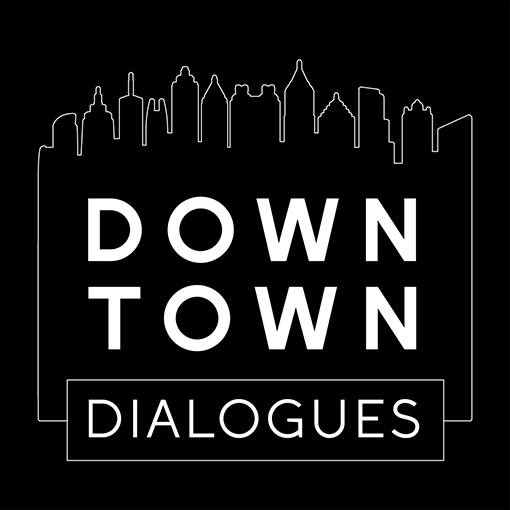 DOWNTOWN DIALOGUES – a four-part series (the first is Thursday, September 24, 2020) of digital readings each followed by a live video podcast hosted by arts journalist Gail O’Neill, writer for ArtsATL.org. Gail will talk to experts and special guests about the play and its themes, incorporating responses to questions from the audience. The four titles in the series take a deep dive into important topics of today from equality to education to the environment, and all will be brought to life by Atlanta’s finest actors and directors for you to engage with from the comfort of your own home.

Click here to learn more about the Downtown Dialogues series and for tickets to the pre-show conversations with Torney!

wanderlust ATLANTA: While Downtown Dialogues are free to theatre lovers, the pre-purchased VIP Pre-Show Package includes conversations with you. What will those entail.

Matt: We didn't want Theatrical Outfit patrons and other theatre lovers to have to pay for this initial unique content. We want to make it as accessible as possible. Viewers can for free watch Downtown Dialogue readings and enjoy the post-show live video podcast in which a panel of experts and special guests dive deep into the play and its themes hosted by Gail O’Neill.

But we did opt to generate an additional experience. With a paid "ticket", or package(s), patrons are guaranteed a "seat" at the reading and post-discussion, plus they have access to a VIP pre-show discussion with me, half an hour before the reading begins. It'll be more of a conversation, less of a presentation, a way to open the door a little bit and have real conversations with patrons, supporters, and subscribers. I'm excited to meet the larger Atlanta theatre-going community.

In a press release Torney said, "We believe that theatre offers an essential place for dialogue in times of extreme disruption, and a space in which our community can celebrate, console, and most importantly, connect with one another. TO is committed to building programs that not only respond actively to the present crisis, but also serve as a long-term investment in our community,Atlanta artists, and our future as a Downtown theatre."

wanderlust ATLANTA: Some arts venues in Atlanta, in recent years, have experienced a change in leadership that resulted in significant changes in the patron experience. What, if anything, are you planning to change?

Matt: During the search it was noted that Theatrical Outfit was looking for someone who was in alignment with the theatre's Vision, Mission, and Core Values. If writing my own, it would have been a very close match.

My wife, who is a filmmaker and director, had her first feature shown at Plaza Theatre. Serendipitously, Tom Key was there, too! We discussed the civic responsibility of theatre, building community in real-time, the daily operations of the theatre, and how Theatrical Outfit can enhance Atlanta as a city. 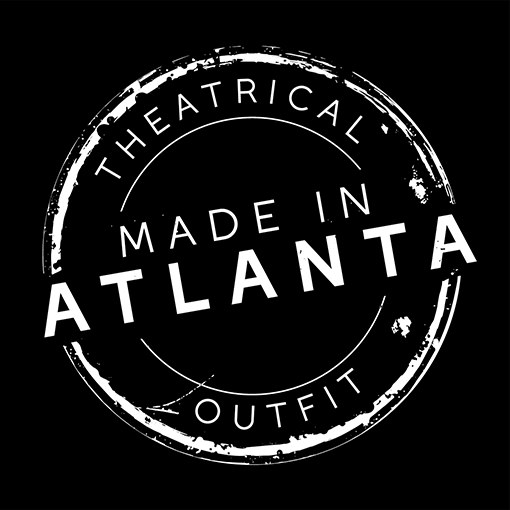 MADE IN ATLANTA - This is a new play program. Theatrical Outfit is taking advantage of the disruption to their mainstage season to devote more time and resources to developing new work.

In a press release Torney said, “What better way to spend this time than focusing on the future, investing in great plays about Atlanta and helping to develop ideas and writers. Our hope is that we will find amazing plays to premiere in future seasons that will make a big impact both here in Atlanta and around the country.”

wanderlust ATLANTA: Do you feel it is important to keep a theatre downtown?

Matt: Yes, absolutely. It's the beating heart of the city. We want to offer Atlanta a place that is open to everybody, particularly to be a theatre that creates conversations so that those conversations and ripple outward and create change. As downtown adapts and grows, it's important for theatre to be here. This theatre is going to show up and engage with Atlanta and the South as a whole. We aim to show that the South is a living, growing place, not a place stuck in time. We're looking at ways to invest in the community and to create conversations about who we are and who we can be. 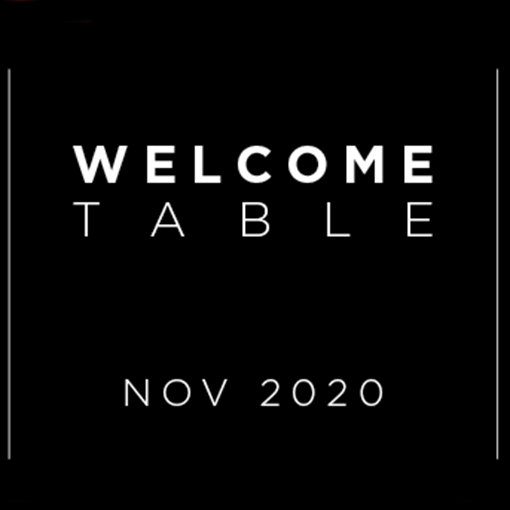 THE WELCOME TABLE - Theatrical Outfit is honored to host a special one-night event to benefit organizations that serve the downtown homeless community. The Welcome Table will raise awareness of the most vulnerable among us, shining a light on how the homeless community has been impacted by COVID-19 while raising funds to support the wonderful organizations working to mitigate that impact. Watch for future announcement about this event. 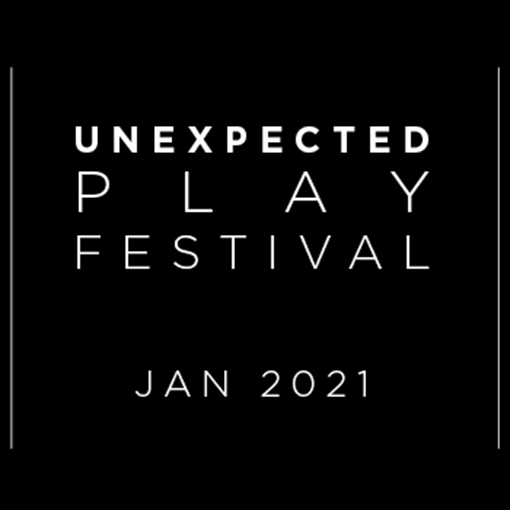 UNEXPECTED PLAY FESTIVAL - In January, Theatrical Outfit is excited to once again partner with Working Title Playwrights (WTP) for the Unexpected Play Festival. This month-long festival celebrates brand new work by local playwrights, all being heard for the first time. Each digital reading will be immediately followed by a discussion led by WTP Artistic Director Amber Bradshaw in which the audience will offer essential feedback that will help the playwright take the work to the next level. 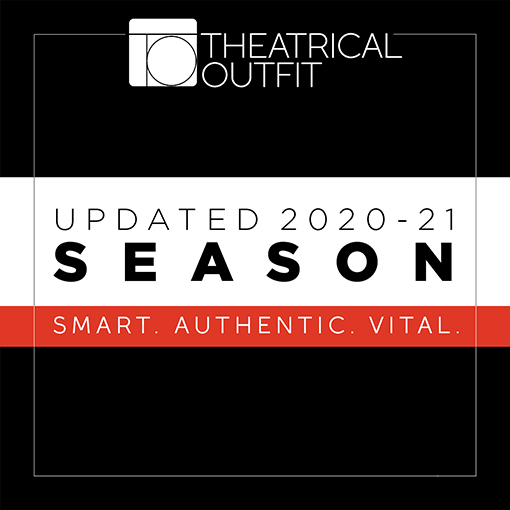 MAIN STAGE – Then in Spring 2021, Theatrical Outfit plans to return to the mainstage with three smart, authentic, and vital live productions. As previously announced, Tiny Beautiful Things, based on the book by Cheryl Strayed and adapted for the stage by Nia Vardalos, will take to the stage rearranging TO in a bold new way. The season will also see a powerful partnership with Theatre J in Washington DC on a co-production of Fires In The Mirror: Crown Heights, Brooklyn and Other Identities by Anna Deavere Smith. A third title will be announced shortly.

In a press release Torney said, “We had two requirements for our return to live performances - the plays had to be excellent, and the productions had to be safe for both the artists and the audiences. We are reworking every aspect of how we produce to factor in the latest safety guidelines and will be re-evaluating constantly as we get new information. With flexible ticketing, filmed performances, and a highly trained front of house staff, we are confident that we can offer excellent theatre that embraces the challenges of COVID-19 and offers both flexibility and security to our patrons.”
Matt: We're confident that we can find a way to return to the theatre safely, while incorporating some digital alternatives. We're listening to medical experts, listening to the City, and we're taking our time to do it right. We're doing this in alignment with our Core Values and we're excited to start some new amazing conversations!

Travis: You may recall that I've lived in Atlanta twice. The first time for 15 years, then 9 in D.C., and I've been back for 10 years. While in D.C., I attended shows at Studio Theatre many, many times, AND my former boss when I was at Intelsat is on the Board of Trustees at Studio Theatre. Don't you love small world stories?!